Many of the stories we’ve shared here are about homegrown Tacoma musicians. Occasionally, though, we stumble on an interesting coincidence of history, a moment in time when Tacoma played a significant role in the career of a musician from elsewhere. Such is the tale of how an appearance on Tacoma television would lead to recording the single that jump-started the long, prolific career of country legend Loretta Lynn.

As anyone who watched the Oscar-winning performance by Sissy Spacek in Coal Miner’s Daughter knows, Loretta Lynn (née Webb) grew up in coal mining country in Kentucky, and married very young, at the age of 15. She was 19 and a mother of four when her husband, “Doolittle” Lynn, decided to move the family to the Pacific Northwest – specifically, Whatcom County – in search of a better living to support their growing family. Honing her skills as a singer in the 1950s, Loretta often appeared at Bill’s Tavern in Blaine, Washington, and the Delta Grange Hall in Custer, Washington.

Meanwhile, Texas-born country musician Buck Owens had also found his way to this part of the country. Although seemingly building a successful career with studio work in Hollywood, Owens left California for Washington in 1958 – likely the result of the break-up of his first marriage. He took a job at KAYE, a small Puyallup radio station, and lived for a time in Fife with his second wife.

Enter one more character into our drama – this time more of a local. Don Rich, an Olympia native, was a young musician working throughout the region. In 1957, he had opened for Elvis Presley when he played Tacoma’s Lincoln Bowl. By 1958, he had a steady gig at Steve’s Gay ’90s in South Tacoma. 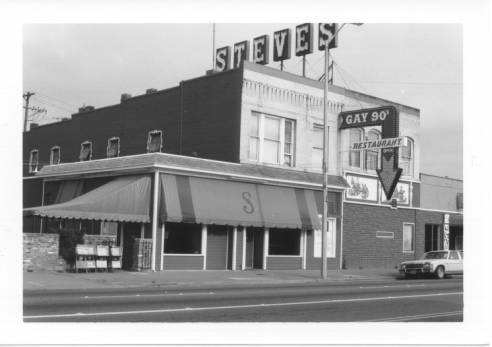 When Owens came to the restaurant to hear Rich play, it would mark the beginning of a musical collaboration that lasted until Rich’s tragic death in a motorcycle accident in 1974, at the age of just 32.

Before long, Owens had a weekly TV show of his own, the BAR-K Jamboree, on Tacoma’s KTNT Television. He formed the Bar-K Gang as the band which would provide musical support for the country-music themed variety show. In addition to Owens (guitar) and Rich (fiddle), the group included “Shot Gun” Red Hildreth (upright bass), Dusty Rhodes (steel guitar), and Nokie Edwards (a guitarist later with The Ventures).

Just the second television station in the Seattle-Tacoma area when it went on the air in 1953, KTNT broadcast a combination of national and local programming from this modest structure on the Hilltop: 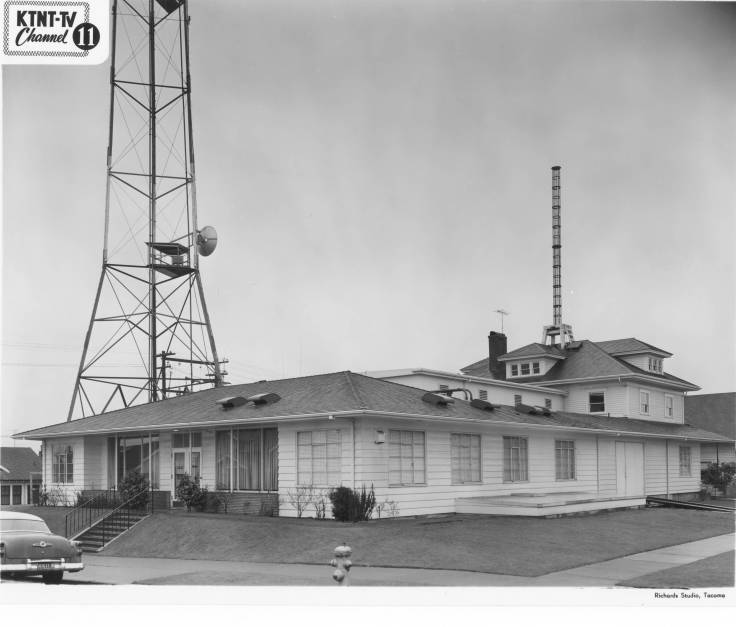 With all the background in place, let’s get back to Loretta Lynn. In 1960, she made her television debut on KTNT.  It was a brief appearance, but KTNT’s programming was seen around the region, and one of those who heard Lynn sing was Norman Burley, a lumber baron in Vancouver, BC. Burley’s wealth gave him the freedom to dabble in such things as ownership of local sports teams, and financing start-up record labels. Immediately after hearing Lynn, he invited her to come to Vancouver and record for his label, Zero Records.

“He said he wanted to help us by giving us a contract to make a record,” Lynn wrote in her auto-biography, Coal Miner’s Daughter. “He didn’t wear any red suit or black boots, but that man looked like Santa Claus to us.”

As soon as Burley’s business partners heard Lynn sing, they immediately sent her to Hollywood to record the album. The label printed some 3,500 copies of a 45 with I’m a Honky Tonk Girl on the A-side, and Whispering Sea, below, on the B-side.

Released in March, 1960, the album rose to No. 14 on the national country charts by June, and successfully kick-started her career. Within the year, she was touring the country to promote the album, appearing on the Grand Ole Opry, and signing a contract with Decca Records. The rest is history – check out that movie, if you’ve never seen it!