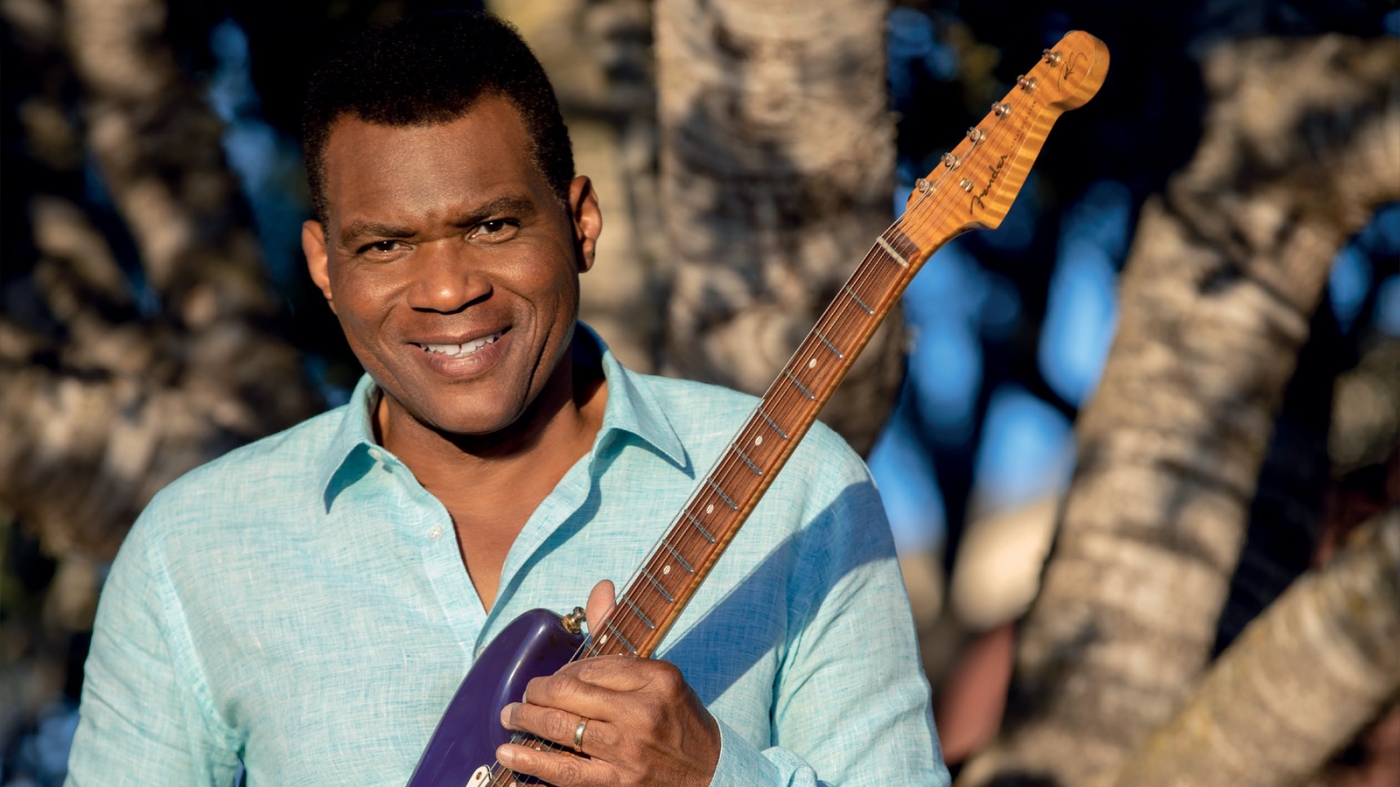 If you haven’t heard of Robert Cray before, it’s likely that you aren’t big on the blues or jazz scene. Cray is a huge figure in the blues scene. He has received a total of five grammy awards (all within the blues category), and was inducted to the Blues Hall of Fame in 2011. But it took a long while before Robert Cray became the legend he is today.

Robert Cray was born on August 1, 1953 in Columbus, Georgia. He didn’t stay in Georgia for long though, as he explained, “…my father was in the army and we traveled extensively…”. Cray considers himself from “…nowhere…” since he moved around so much in his childhood, and because he tours around the world. But if he had to be specific, Robert Cray considers himself from the Pacific Northwest. He and his family kept returning to Washington and Oregon despite his father’s multiple re-stations. After years of moving around the world, including Germany, his father got stationed at Fort Lewis in the Tacoma, Washington area. They settled in the Tacoma area in 1968. Robert then went on to attend Lakes High School, in Lakewood.

Robert was surrounded with music in his young childhood. Robert was classically trained in piano while in Germany, and his parents filled the house with music. The Cray household listened to artists like Ray Charles, Sarah Vaughan, Sam Cooke, and many other pop singers. But Lakewood was where Robert Cray got his first acoustic guitar. He got his instrument from a local music store called Bandstand Music6, not too far from Lakes High School. Once equipped with a guitar, Cray went on to explore guitar playing and popular radio. This was around the time the ‘British Invasion’ was a big influence on everybody, including Robert. The 1960’s was the era of rock, and garage bands began emerging from Tacoma, Washington, like the Wailers and the Sonics. Robert “…took lessons for a little while…” and often made music with other kids in his neighborhood. They played everything on the radio, from the Rolling Stones to the Beatles. Robert specifically was heavily inspired by Jimi Hendrix and the Rascals soulful sound. Alongside playing with his neighbors, he explored teen band clubs from both Lakes High School and around the community. He met many other students who enjoyed making music, including Bobby Murray, Jim O’Farrell, Chris Cardinal, Bill Bush, and Ray Koski, who also took a liking to soul music and the Rascals’ songs. This meeting of these six students resulted in many jam sessions, and eventually the band, Steakface.

Steakface grabbed gigs at frat parties, playing for University of Puget Sound and University of Washington frats. Sadly, they fell apart around 1973 with two members joining the navy, and the others moving on to other music related endeavors.

Though the band ended by the end of high school, Robert Cray’s biggest inspiration came from his high school graduation party in 1971. Albert Collins (AKA the Iceman), was a popular electric blues guitarist who played at the party Cray attended. Robert got lucky and had a chance to talk to him. Once Albert learned that he played guitar, he encouraged him to “keep it up”. This interaction motivated Robert to pursue music even further. About two years after graduating high school, Robert was ready to start a band. In 1974, he got his friend from high school, Richard Cousins, to join as the second member of the band. With Richard playing bass, and Robert handling the guitar and vocals, the Robert Cray Band was born.

Here in the two man group is where Robert Cray’s stage fright shined through. In Steakface, Robert wasn’t the lead singer, but now he’s the lead singer in his own band. Robert couldn’t “…speak to the audience, Richard Cousins, our bass player, had to do all the speaking to the audience and announce all the songs…” he says. He was a shy musician at first, he would close his eyes while singing to stop the nerves from getting to him. The two began with small gigs and performances around Tacoma. Like Steakface, they established their name through parties thrown by different university frats. They began gaining traction, had some new members join to cover more instruments, and began performing in college towns across the West Coast in the late 1970’s.

The band first appeared in the Tacoma News Tribune newspaper in 1978, in the September 15th Nightlife section. They were given a short paragraph that reads “THE ROBERT CRAY BAND, Tacoma group back from a national tour will play for listening and dancing from 9 p.m. to 1:30 a.m. at the Back Forty Tavern in Lakewood.” It was a very short advertisement only four pages away from the end of the newspaper. Despite that, it symbolized how popular the Robert Cray Band was beginning to be. They went from a garage band to a nationally touring blues band in less than four years. Just one year later, in 1979, they reappeared in the Tacoma News Tribune. But this time the advertisement for their performance took up an entire corner of a page, and included a picture of the five current members.

From here, it was only up. Many members have come and gone, and Robert Cray even went solo for a while. To this day, he still gets nervous on stage, but is considerably more comfortable than about fifty years ago. The Robert Cray Band’s first album was released in 1980, titled “Who’s Been Talkin’”, including two discs and ten songs. Over the years, The Robert Cray Band has released twelve albums in total, two of which being live albums. Robert Cray has also released twelve solo albums, where only one is a live album. Not only has he created 24 albums, he has also collaborated with his idol, Albert Collins, and Johnny Copeland.

The trio produced the album, “Showdown!” released in 1985, fourteen years after Collins encouraged Robert to continue playing guitar. Not only have they released a multitude of albums, but they’ve toured around the world many many times. The Robert Cray Band’s latest album is called “That’s What I Heard”, just released on February 28, 2020. It features twelve songs that hold true to Robert Cray’s soulful blues sound. He and his band are also planning a 2022 tour.

Chloe Rayne Ibarra prepared this article as her final project for TARTS 225: Musical History of Tacoma, at the University of Washington, Tacoma. At the time she took the class in Autumn Quarter 2021, she was a first-year premajor student.